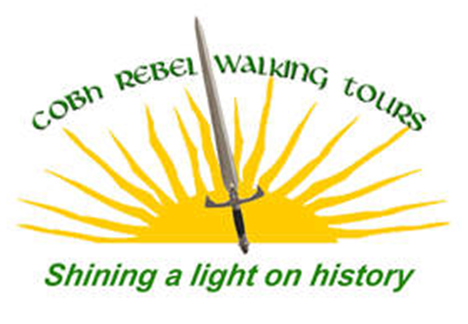 There has been much commentary in the Irish and British media over the last week to mark the centenary of when women were first granted the right to vote.

1918 was important and significant for a number of other reasons too, both nationally and internationally. It was the year when nationalist Ireland united to resist British Conscription to fight and join the slaughter on the western front in Europe. It was the year when two American sailors became the first casualties of the so-called Spanish Flu Epidemic when they passed away at the American naval hospital at White Point, Cobh. The Great Flu went on to claim millions of lives that year.

1918 was also the year when the first world war came to an end. For Ireland though, people seemed more concerned that the outcome of the war and why it was allegedly fought, would strengthen the cause for Irelands’ freedom and Independence. This new-found climate of forward looking optimism following the armistice, was based mainly on the common belief (albeit naively) that those who saw their brothers, sons, fathers, husbands and neighbours go to fight in Belgium, France and Gallipoli, would now see the promise of freedom for this small nation fulfilled.  Indeed, many also believed that US President Woodrow Wilson would be the guarantor of that promise.

But not everyone was prepared to place all their bets on the goodwill of the US and British governments to match their earlier words with deeds, and now the majority of nationalist Ireland had found a new confidence and radicalism which saw them raise the stakes from that which was originally promised to them when the war first broke out in 1914.

Ireland was a different place in 1918 from that in 1914 and especially after 1916 when a rebellion against British Rule had broken out. When they went to the polling stations in December, Irish people spoke very clearly and loudly about what they wanted and expected from the British Government when they voted overwhelmingly for Sinn Fein candidates.  Out of 105 Irish seats up for grabs, the republican party won 73. The message was very clear for both the British Prime Minister and the US President as they prepared for the later Paris Peace Conference which would divide the spoils of war and decide on the new map of Europe.

One could well argue, that had either leader seriously taken on board the democratic wishes of the Irish people and their mandate for an independent Parliament to govern themselves, as clearly expressed in the 1918 election, another war, and maybe decades of follow-on conflict that spread its way into the next century might have been avoided.  Not only did the British PM Lloyd George rule out any notion of granting Irish Independence, but President Wilson for his part, didn’t exactly put up a fight on Irelands behalf or defend the so-called 14 points and principles for which he had earlier claimed America had entered the war.

Not only had Wilson climbed down to Lloyd George over Ireland, but he then buckled to French pressure, to blame and punish Germany for the cause of the war, a move that played no small part in ensuring there would be a Second World War.

Meanwhile In Cobh, before the December election, the women of Cumann na mBan played a busy role in helping to get their (east-cork) republican candidate elected. This was all the more peculiar as most of the female republican volunteers couldn’t vote themselves as they were under thirty years of age. Never the less, their enthusiasm wasn’t dampened by this, knowing and feeling a real change was in the air. Not only had the women’s enthusiasm been justified, with a landslide election result for Sinn Fein, but one of those successful republican candidates was a woman named Countess Constance Markievicz, becoming the first female candidate to be elected to the British Parliament. Markievicz’s election, was a double embarrassment for the British because not only had she previously been sentenced to death for her role in the 1916 Rising, (later commuted) but she and her fellow successful republican candidates, declared they would not attend the Westminster Parliament, but instead would form their own Irish Parliament in Dublin.
​
In 1988, I had the privilege of interviewing Mrs Geraldine Norris for a book I was then researching on the revolution in Cobh. Geraldine provided me with a very clear insight to what it had been like for the women of Cumann na mBan, as they campaigned to have their male colleagues elected in those early years. But as we already know, the women of Cumann na mBan were always there behind and assisting their male colleagues, whether it was in the electoral arena or in the field where the fighting was taking place. We also know, that occasionally some exceptionally talented and committed female volunteers were trusted by their male colleagues to play more important and dangerous roles in the struggle. Geraldine’s older sister Lily was one such trusted volunteer and her special status in the Cobh republican struggle didn’t go unnoticed by the British too, who swiftly moved to make an example of Lily by interning her in prison without trial. Kieran McCarthy

If you wish to learn more about the republican struggle in Cobh, book a place on Cobh Rebel Walking Tours. Book Here Today!